WANITA is a group formed by the women who are part of thousands of people affected by the 13 years of unrests in the three southernmost provinces.  The effects from the conflict have caused these women to change their role tremendously – from a simple housewife who takes care of the household affairs into a breadwinner of the family.  Violence in the area has forced them to take a new role in earning income for the family, bearing a heavier burden than ever before.

WANITA Social Enterprise arose from the belief that, to communicate with others, a space should be created to reflect the story, way of life, and culture through the products made by the women’s group from the Deep South.

To create interest in both social and financial dimensions to improve quality of life of the people in the Deep South of Thailand, WANITA Social Enterprise has selected

and gathered quality products from 56 groups of women in the three southern border provinces and the four districts of Songkhla Province together in this catalogue. We believe that sustainable development is made possible through supporting businesses growth together with social responsibility and environmental undertaking. 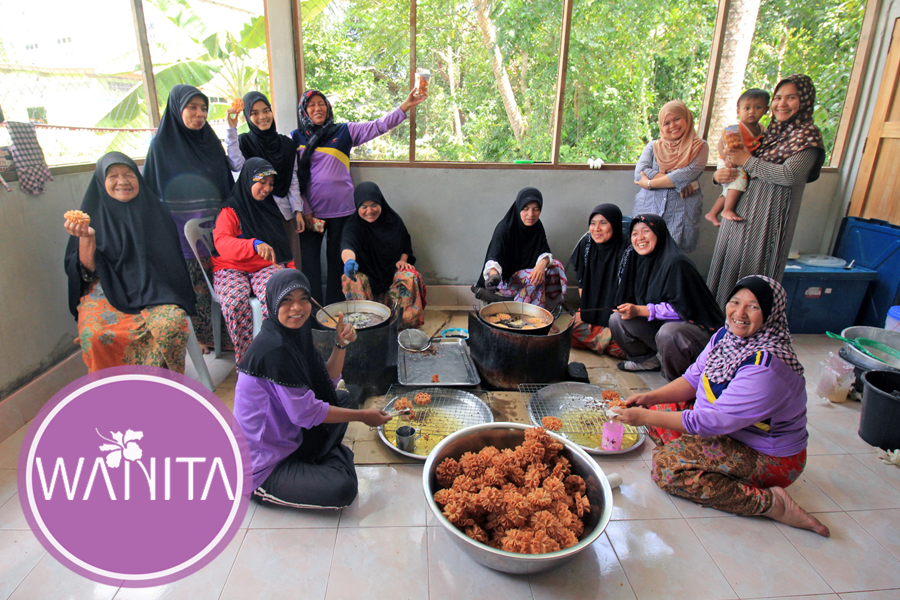